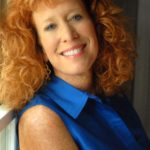 Very few people can say that they have been a singing mermaid, a singing casket, and was literally “elevator music” when she was hired to sing and play piano in a moving elevator. Meet Karen Drucker.
Karen has recorded 15 CDs of her original inspirational music, and is the author of an inspirational book, “Let Go of the Shore: Stories and Songs That Set the Spirit Free.”

She has been a professional comedienne, led her own band for corporate events, and has been the music director of New Thought Churches, as well as music director and “ music weaver” for many spiritual conferences and retreats. Karen has been recognized with an Honorary Doctorate of Music for her work within the Religious Science Community, and a “Grace Note” award for her work within the Unity Movement.

In following her passion, Karen sings, speaks and leads workshops at women's retreats, mind-body & health conferences, and various churches around the country, as well as working with authors like Joan Borysenko, Alan Cohen, and many others.

Karen Drucker has been called “a master of communicating presence and spirituality through music.” She loves making music, making a difference, and touching hearts.

Step #2          RESERVE your accommodations by calling: 301-983-7000 ... SELECT "0" to speak to THE FRONT DESK.  Be sure to identify the Annual Spiritual Living Retreat as your group!  The reservationist will take your information including your selected accommodation.  You will receive a confirmation within 48 hours.

Single rooms start at $186.50 including 3 scrumptious meals, hearty snacks, use of all facilities and all taxes.  Basic rates are shown below, and special accommodations can be arranged.

There is a day use fee (for those not spending the night) is $105.00 includes lunch on Saturday, hearty snacks, use of all facilities and all taxes. Friday dinner is an additional charge. We are returning to the Bolger Center for the 12th year.  When on campus at the Bolger Center, it is hard to imagine that we are less than 30 minutes from Washington, DC, and all three international airports serving the region.  In the serene environment, accented by fine accommodations and scrumptious food, we can relax, restore, renew and reconnect with Source under the guidance of Dr. Karen Drucker.

The beautiful Bolger Center, with its lush campus, luscious meals and gracious accommodations is welcoming us "home."  Review the pricing and accommodations, then CALL 301-983-7000 and SELECT "0" for the FRONT DESK.  Be sure to give your group name as ANNUAL SPIRITUAL LIVING RETREAT.  The reservationist will take your reservation information.  You will receive a confirmation within 48 hours.